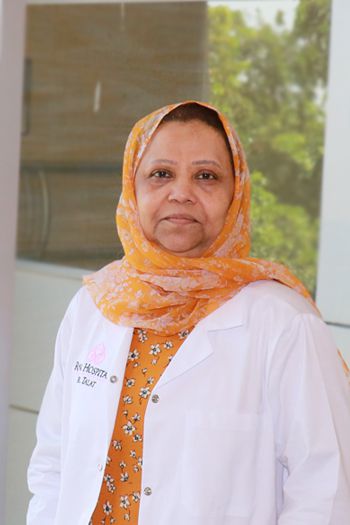 Speciality: Obstetrics and Gynecology
Designation: Consultant and Head of Department

Dr. Masroor earned her MBBS from Sind Medical College, Karachi, Pakistan. She received her MRCOG in 1994 and FRCOG in 2006, from London, UK. She has also completed her advanced diploma in Obstetric Ultrasound from Royal College of Obstetrics & Gynecologist, Royal College of Radiology, London. The doctor has worked as Consultant –Obstetrics & Gynecology at the Saudi German Hospital Dubai for more than a year and as a Senior Consultant –Obstetrics & Gynecology for Al Qassimi Hospital, Sharjah, for 10 years. Additionally, she has worked in different hospitals in the United Kingdom for more than 16 years. Since her joining RAK Hospital she successfully heads the Department and is well liked and respected by patients and colleagues alike.