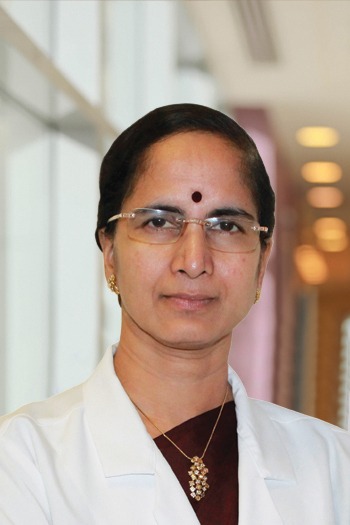 Dr. Kamini completed her MBBS in 1985 from Rangaraya Medical College, Andhra Pradesh, India, and obtained her DGO in Obstetrics and Gynecology from Andhra Medical College, two years later. In 1988, she was awarded her MD and qualified for the FRCOG from London, UK, in 2004. Her career brought her from India to Riyadh in Saudi Arabia, where she worked for 18 years in several prestigious hospitals. In 2008, she returned to India and worked as a Senior Consultant in APEX Hospital, Visakhapatnam, before joining RAK Hospital in 2012. Dr. Kamini has experience in both the fields of Obstetrics and Gynecology and has a special interest in Reproductive Medicine. Since her joining RAK Hospital she has rapidly established herself as a trusted obstetrician.